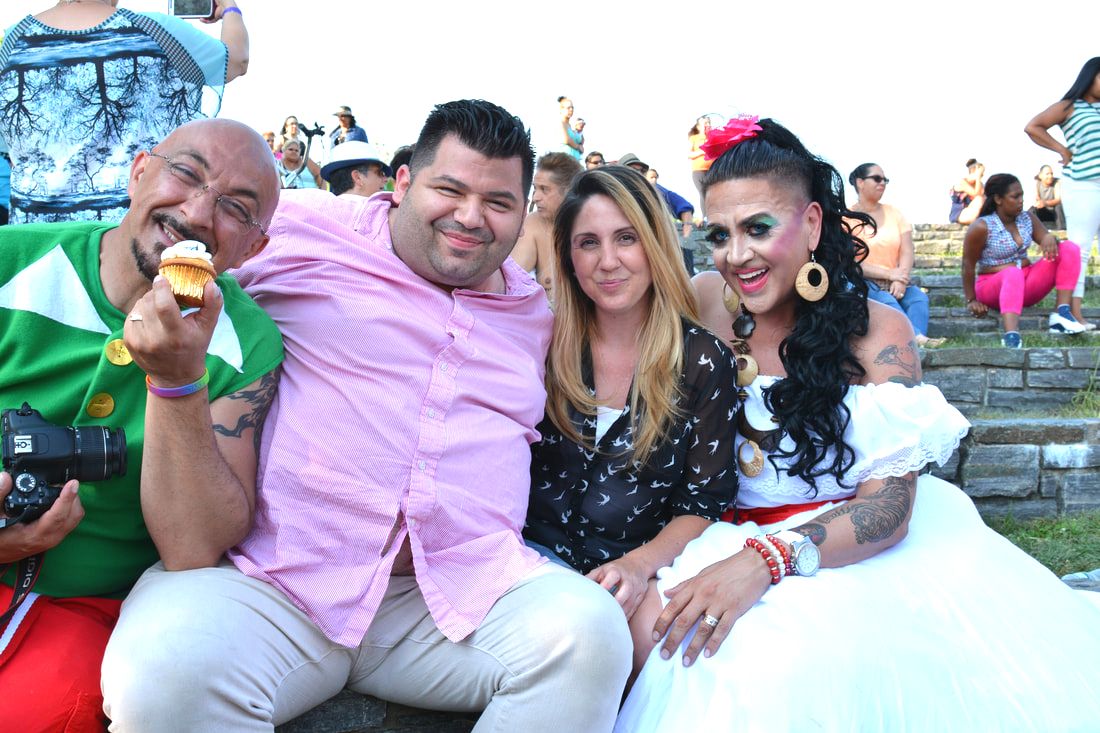 10:30am - 11:00am
​introduction to The White Shirt Project photo series
moderated by: Gary Axelbank


11:40pm - 12:45pm
Why Are We Being Killed? Why Are We Taking Our Lives?
moderated by: Kim Watson
Panel - Nicole Bowels & Kia St. James
Trans Murders
Stigma
Trans Youth Suicide 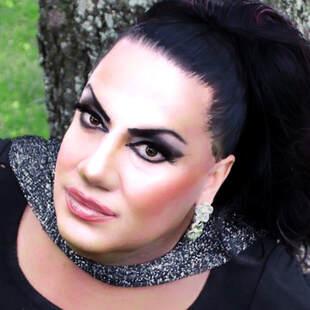 Riqi
​Raised in the heart of North Carolina, Riqi has made it his life's work to share his God given talent with the world in order to be a voice of the underdog. He is an activist in every sense and often demonstrates through song. He thanks his family and friends for their honest, strength, and unconditional support and thanks The Universe for the continued lessons and blessings granted unto him and the strength and drive that flourishes concurrently.​

Tiffany LeClerk
Tiffany LeClerk is a Puerto Rican Show Biz Performer. She has been in the industry for more then 25 years, and has won many pageants including Miss Escuelita Continental 1999. Which gave way for her to compete in the Miss Continental Pageant in Chicago. She is a hair and makeup Extraordinaire, changing people's lives. Tiffany is a cancer survivor, and is passionate about providing support to other people with this terrible disease. ​ 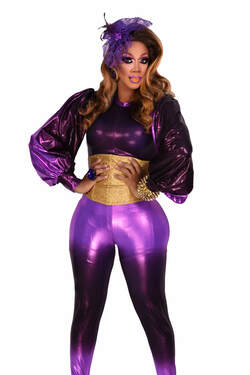 ​Chanel Lopez - The Mother, The Advocate, The Activist, The Public Figure
Beside being an advocate & activist for the Transgender/gender non-conforming community for the past 14 years, she is a plus size model and actress. Chanel International is a well-known public figure within our  community and beyond, She has years of experience as a hostess and entertainer in the club scene, special and private events. She's been in numerous documentaries, and has received (2) “Certificate of Merits,” by the Bronx Burroughs president Ruben Diaz Junior. Chanel holds the current title of  “Miss Fame Magazine 2016-2017,” and was , "Miss Long Island 2010." She enjoys working-out at the gym with her son, museums, concerts and plays. Her love for music and for those she holds dear is clear. Today, Chanel aspires to run for  "City Council, or Public Advocate Speaker,” and be recognized as a transgender pioneer.

​Haus of Casimar - The Haus Mission is to create a second home for the community where children and adults can feel safe to express and grow in the realm of the arts. We dedicate our time to providing quality services to improve the value and quality of life for our community.

​Egyptt LaBeija - Her commitment to the LGBTQ community involves: Harlem Pride and Brooklyn Pride from 2012 - 2013, The Egyptt LaBeija Inspirational Showcase at the Christopher St. Lutheran Church in 2014, and serving on the Board of Directors of Our Youth in NJ/NY. She is also a 2015/2016 Contestant Coordinator for the Liberty Continental Pageant.  In 2015, Egyptt LaBeija was an Event Performer for the Hetrick Martin Institute, a performer at the Coney Island Boardwalk for the Frankie Paradise Productions, The Bronx Pride, BAAD Halloween Party, GNote Entertainment Christmas Party, Hostess at Fire Lounge in Brooklyn, NY, Carol Lounge Hostess in The Bronx, NY, and a performer at Twist in South Beach, Miami Fl. Her current projects include: Reigning Miss Gay Jersey City Classic, the independent photo documentary on Christopher Street, the Boots and Saddle Photo Project, and the short film, Happy Birthday Marsha.

Cara​ - Cara has a background as a dancer in ballet and modern dance, earning her BFA as a scholarship recipient from the dance department at Adelphi University 2002. In 2007 she earned her certification to teach the Martha Graham technique. In addition to performing in such venues as Lincoln Center’s Alice Tully Hall and as improv artist with jazz musicians at their venues, she has also worked as a class pianist for the Martha Graham School of Contemporary Dance, Usdan Summer Arts Camp, and the dance departments at Barnard and Marymount Manhattan College. A recent career transition has lead her to serving the most in need populations of NYC as an Outreach Health Worker with a non-profit organization. She resides in Harlem USA.

​Lady Keyonte - Is the current reigning Miss Gay New Jersey. Some of my other titles iclude: Miss Feathers, Miss Lauras, and Miss Pien Canela Plus to name a few.  She has performed at many clubs in many states throughout the years. Keyonte works with the Rockland County Pride Center, where does Drag Queen Story Hour for children which includes teaching them about acceptance. I have marched in many pride parades in the tristate and has been featured in newspapers and magazines. She is shy and humble, loves to entertain
people and make them smile. Didi we mention that she has a degree in Pastry Arts and she loves decorate cakes from home, and she is a seasoned  bartender and catering coordinator.

Kira Kennedy Chanel - has been an entertainer and showgirl for nearly a decade. She has competed in numerous pageants, and has won 23 titles. Entertaining is definitely her passion. It doesn’t stop there; Kira’s versatility extends to playing on the ‘National Gay Football League,’ and tutoring 6th-9th graders. She is one of Latrice Royale’s – “(RuPaul’s Drag Race)” personal assistants, and a proud member of our LGBT Community.

Tym Moss - is a dynamic entertainer.  He is a singer, actor, radio/tv and stage host. He's also a writer and producer.  He brings a genuine enthusiasm to every performance. Tym is a LGBTQS activist and was the founding President of the New Bronx LGBTQS Center.  He performs at all of the New York City's Pride events, and continues to draw in the crowds. You can hear Tym every week hosting his internet radio show Artists Exposed with Tym Moss,  on BearRadio.net, TalkRadioX.com, and RainbowRadio.fm.  Where he has interviewed the top and rising stars in the LGBTQS community as well as celebrity and Red Carpet coverage for years on his show.  ​

Jeannie Sol - Actress, Singer, and Comedian Powerhouse. Jeannie did backup vocals for Celia Cruz, Johnny Pacheco, Sergio George, and many others. Ms. Sol is a official member of the Lose Control Comedy Troupe under the direction of Andres Chulisi Rodriguez. Ms.Sol is currently a member of Teatro SEA where she has starred in La Plenopera del Empache,ROMANCE and her biggest part yet playing Myrta Silva in LA GLORIA.

​Lailani Muniz is a 36-year-old trans woman who is a lifelong activist, for the past five years she has focused on HIV prevention and education. In 2017, Lailani & her fiancé (Sabastian C. Roy) worked with GMHC (Gay Men’s Health Crisis) to create #transparenting, a campaign to draw attention to transgender parents. Lailani joined the New York Transgender Bodybuilding Federation as Chief Operations Officer, she is a former two time state title holder in the NY pageantry circuit, Secretary & full voting member on the HIV Planning Board for the State of NY, serves as a spokes model for Amida Care and the “HIV Stops With Me” campaign. Lailani is also a wife, mother, daughter, granddaughter, and an HIV positive trans woman living in her unapologetic truth.